Time for a brief tour of the Hogosphere in moving pictures and sine waves. Cut to the chase.

The harlidays are upon us, and Nine-Banded Books make GREAT GIFTS! 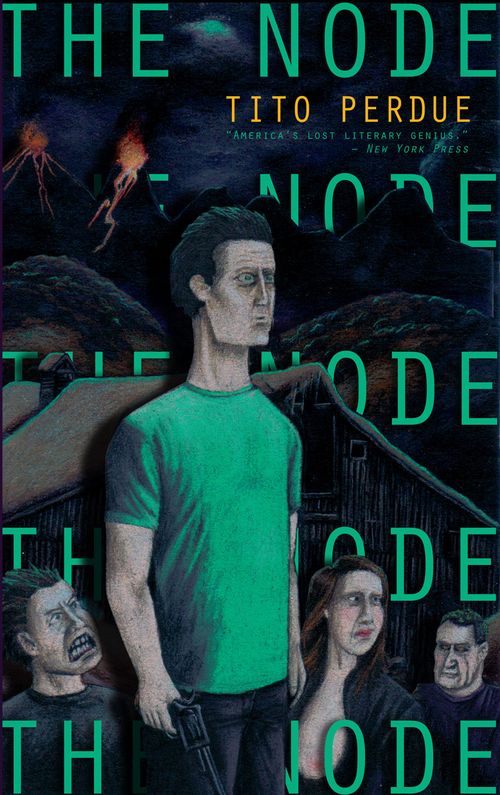 Tito Perdue has been described as "America's lost literary genius" (New York Press) and as "a reactionary snob" (Publisher's Weekly). Originally released in 1991 under the estimable Four Walls Eight Windows imprint, Perdue's first published novel, Lee, has since become a cult classic. Notably, it introduced Perdue's enduring anti-hero (and presumed alter-ego), Leland Pefley, a dyspeptic, cane-wielding misanthrope at war with the modern world. "Lee's language is vitriolic and hallucinatory," wrote a critic for The New York Times Book Review, who further praised the book as "a portrait both exceedingly strange and troubling."

In describing Perdue's work as "troubling," this early critic displayed unwitting prescience. For as Perdue's literary career has come to bloom in the years since Lee was published, so has his reputation as a problematic political reactionary whose avowed worldview is none-too-easily reconciled with the prevailing sensibilities of contemporary cultural gatekeepers. While Lee's abiding nostalgia for antebellum folkways and inherited Western tradition may be taken in stride so long as the the veneer of comically situated satire is preserved, some critics seem disarmed — or troubled — to discover beneath Perdue's most trenchent and inegalitarian prose the form of an all-too sincere lament. As the line between author and subject has blurred, the fictional landscape that once seemed so wonderfully peculiar and human and alive has thus been colored by suspicion, leaving status-conscious critics with few options. One option, obviously, is to call the author a snob. Another tack is to softcoat one's appreciation in sufficiently disclamatory verbaige, perhaps with a few contextual references to other problematic writers of import. Knut Hamsun might be close enough for roadwork, and Houellebecq is fashionably on call for precisely these occasions. Easiest, I fear, is to ignore the work altogether.

But let's hope Tito Perdue has yet to be consigned to the margins, because I am very proud to announce that his sixth novel, a brilliant dystopian satire called The Node, will be released by Nine-Banded Books later this month.

Welcome to the future. The 21st century has come of age and it seems that everything that could have gone wrong has gone wrong. Propelled beyond the brink by environmental catastrophe, by social degeneration and the foretold collapse of the monetary system, the American landscape has given way to a postmodern picaresque. In such a world, where crime has been normalized, sex has been mechanized, and where ethnic enclaves – equipped with inscrutable bioengineered surveillance gadgetry – vie for the last remnants of power, one hapless pilgrim stands athwart the apocalyptic tide. Emboldened by dim nostalgia and quixotic resolve, this man – our hero, as we may insist – is entrusted to mobilize a fractious retinue of co-ethnic subversives (the maligned “Cauks”) to establish a stronghold, a redoubt, a community, a last ditch … a Node. It remains only to be seen whether the seeds of renewal may yet find purchase, or be left to ash.

The speculative form may represent a superficial departure for Perdue, who is best known for his mystically suffused explorations of decaying southern heritage, but longtime fans will the relish the idiosyncrasies and strange humor that have long distinguished Perdue's writing. The Node is engrossing, sly, subversive, and wickedly funny. Read it now or catch up later.

The first printing of The Node will be released on November 20, 2011. This hardcover edition will be strictly limited to 125 numbered and autographed copies and will be available exclusively from Nine-Banded Books (the pre-order form should be active later today) for $25, which includes shipping. A $12 trade paperback edition will be released in late December and may be pre-ordered through Amazon.