My review of Outbreak! The Encyclopedia of Extraordinary Social Behavior is now up over at Inconvenient History. The Winter issue is a good read, with standout articles by Veronica Clark and Mark Turley. L.A. Rollins also resurfaces with a review of Jeff Riggenbach's Why American History is Not What They Say.

I still think Bill Sparkman was a strange bird, but it turns out I was mistaken in my suspicion that his death was a sex crime (or auto-erotic slip).  It was a suicide, staged to look like an anti-gubmint lynching so that his son might cash in on the insurance booty. That's the conclusion of state investigators, and I see no reason to doubt their diligence. In my defense, I never dismissed the possibility of suicide, though I did scoff, along with the Malkinite right, at the tea-party rage angle. It seemed ludicrous, and now we know why.

If you want to go double or nothing, I still think that Sarah Palin faked a pregnancy. I'm also calling bullshit on this story, which is obviously propped by facilitated communication hokum  — and I'm disposed to doubt every grisly detail of  the Pishtaco fat hustling caper. Set your Google alerts.

Not exactly what Robin Hanson has in mind, but I really wish there were a betting market for this shit. 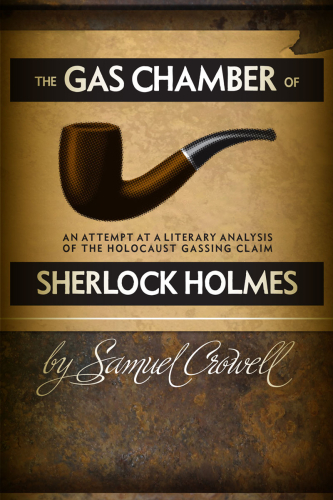 For those of you who like what we're doing at Nine-Banded Books, here are Amazon placeholders for the next few releases:

There are more in the offing, but these are on the front burner. Bookmark them and check back for new content.

I'm also in the process of adding a few stock titles to the 9BB storefront, just to jazz things up. In addition to the current lot of dillo-branded collectors items, you can now order the Dil Pickle Press edition of Ragnar Redbeard's social Darwinist classic, Might is Right, along with Peter Sotos' fine book, Selfish, Little: The Annotated Lesley Ann Downey. And Bradley Smith's scintillating intellectual memoir, Break His Bones, is still available for the low, low price of $4 postpaid. Order with confidence. If you don't trust PayPal, you can always print this old-fashioned form. Sorry, no CODs.

Although I'm currently focused on editing and probably won't be posting here very often (not that I've ever posted all that frequently), a few good people have stepped up to keep things a-chug. Playing off my musings on "Heterodocs," Hoover Hog guest posts will be devoted to select  documentary films that explore or advance unorthodox ideas. Should be interesting. Stay tuned, I suppose.

Another reason to beware of your wife's gay boyfriend: In the ritzy
suburb of Palo Alto, California there was a few years ago a guy who
murdered his wife who had long ago cuckolded her. The couple were real
estate salespeople during the real estate boom, and the murder came
about long before the bust. The murder came about because the
cuckolding became public when the wife revealed to their son who his
real father was, after she had promised to never tell. This shamed the
husband and brought back bad memories, and he just couldn't stand it
any more.

The cuckolding occurred because his wife insisted on
inviting her gay boyfriend camping with them. Sweetheart, if you want
to be my husband, prove to me you're not a homophobe by bringing my
friend along. The husband obliged in this harmless proof of his
political correctness and ended up spending all the rest of his life
(a) raising another man's child and then (b) in prison for taking
revenge for (a).

Most gay men are bisexuals who normally find it
easier to score with other gay men than with women. Lesson learned the
hard way.

While I don't agree that preferential homosexuality is typically a strategy of convenience, there's no question that the scenario identified by the commenter … happens. I've seen it come up on daytime talkfests, and I've personally known "fag hags" whose close friendships with gay confidants have intermittently lapsed into sexual misadventure. The question is: how common are such occasions? Are they more common in polygamous social environments where effeminate males  might enjoy greater access to the harem over the long haul? Are they common enough to open the side door for the penetrance or sustenance of elusive gay genes?

My understanding is that the data on cuckoldry is all over the map and I assume that most furtive fathers are cads rather than lads, but if anyone knows of relevant research, I'd be interested.