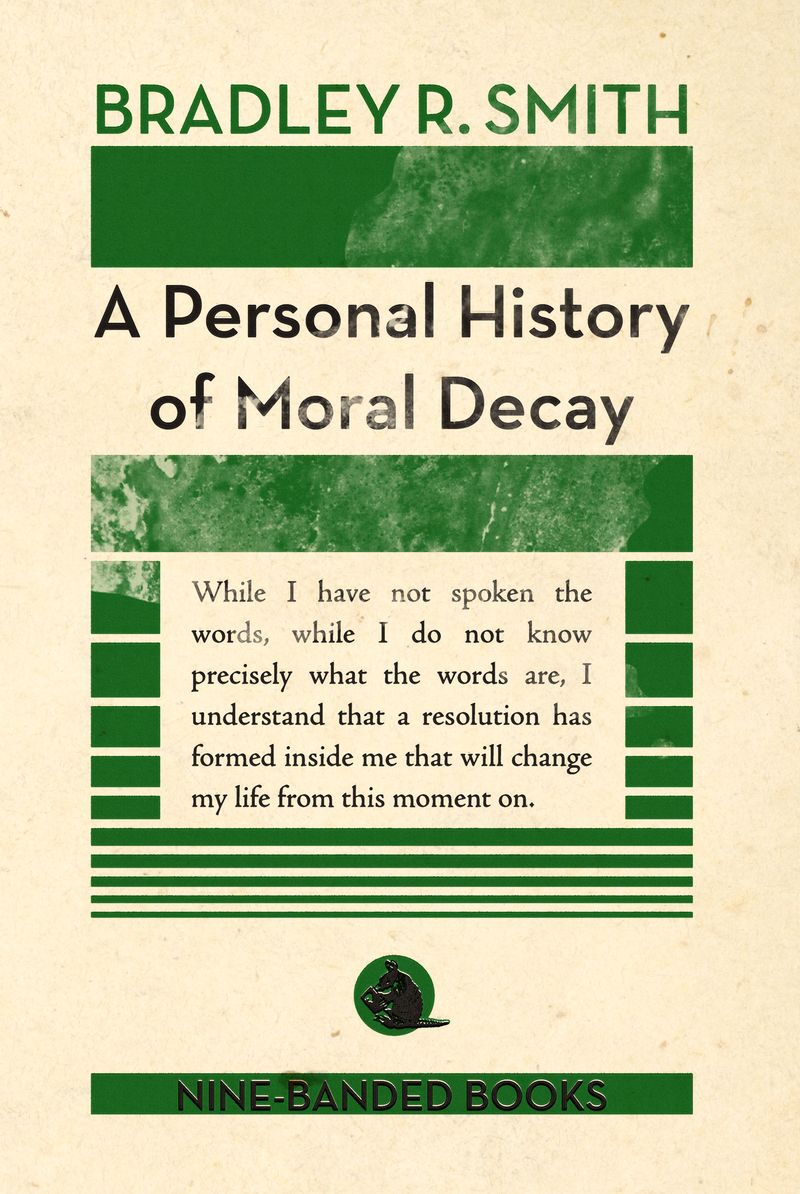 A little over a decade ago I launched Nine-Banded Books by publishing a slender novella by Bradley R. Smith. It was called The Man Who Saw His Own Liver. I didn't know what I was doing at the time and I still am not sure what I'm doing. I know I priced the book too high and printed too many copies. It never sold well, but that didn't matter to me. All that mattered was that I liked the manuscript and I wanted very much for it to exist so that some few readers might discover it and perhaps treasure it in the way that people sometimes do with books. It's heartening to see that Liver is getting some attention these years later. It really is a good read. It's one of those books that sets a spell.

The backstory I might have mentioned before is that Liver wasn't my first choice. When I initially approached Bradley it was with the idea of publishing a different manuscript — a sprawling and never quite complete collection of autobiographical stories he had assembled over the years called A Personal History of Moral Decay. Bradley's concern was that the manuscript needed work, so we agreed, for the time being, to do Liver instead. It was a good place to start. The right place to start, I suppose.

As the years passed I would occasionally approach Bradley to ask if he wanted to go forward with Moral Decay and he would invariably respond in the same way by saying "it needs work." The last time this happened I was moved to go back and read the thing a bit more carefully with my best editorial instincts. It was true enough that it needed work, but only in the sense that all manuscripts require a bit of gingerly attention and investment. But the words rolled smooth as milk and honey on oats, and the stories had a strange and distinctive thematic resonance that only deepened on repeat.

What happened was, there came a point when I was moved to reflect on what I was reading and what I will say is that I knew it was a great book. Not a good book. A great one. I imagine I'll stand by that statement until I die. A thousand bad reviews couldn't dissuade me of this conviction. A Personal History of Moral Decay is a great book. I consider it a rare privilege to bring it into print.

But back to Bradley, the author. It was with a greater sense of urgency that I approached him this time. I told him we needed to do the book — that it was important to do it now. I meant while he was still alive but I didn't say that. I told him it was good — I don't think I said it was "great" but that is also what I meant — and I tried to explain the reasons why. I dropped names like James Salter and John Cheever and Richard Brautigan and I said that the book was a throwback to what such men once did on instinct, before MFAs and writing workshops and Oprah-branded book clubs and sentence-obsessed literary memoirs and feminist sensibilities descended to have their ruinous way with a world of letters that once teemed with immediacy and life. I said, or I might as well have said, that it was the sort of book that some few readers might discover and perhaps treasure in the way that people still sometimes do with books.

And Bradley, perhaps he sensed the urgency in my words. Because this time he said what the hell. It'll never be perfect. Let's do it, kid.

I love A Personal History of Moral Decay. It's one of my favorite books. You can order a copy through Amazon here or directly through Nine-Banded Books here. The cover design is by Kevin Slaughter and it is based on the old Obelisk editions of Henry Miller for reasons you may come to understand. I hope you'll buy a copy for yourself and I hope you'll buy another one for your dad. Here's a fine write-up from over at Taki's that artfully touches on the unavoidable subject that I am now avoiding for reasons you're wrong to suspect.