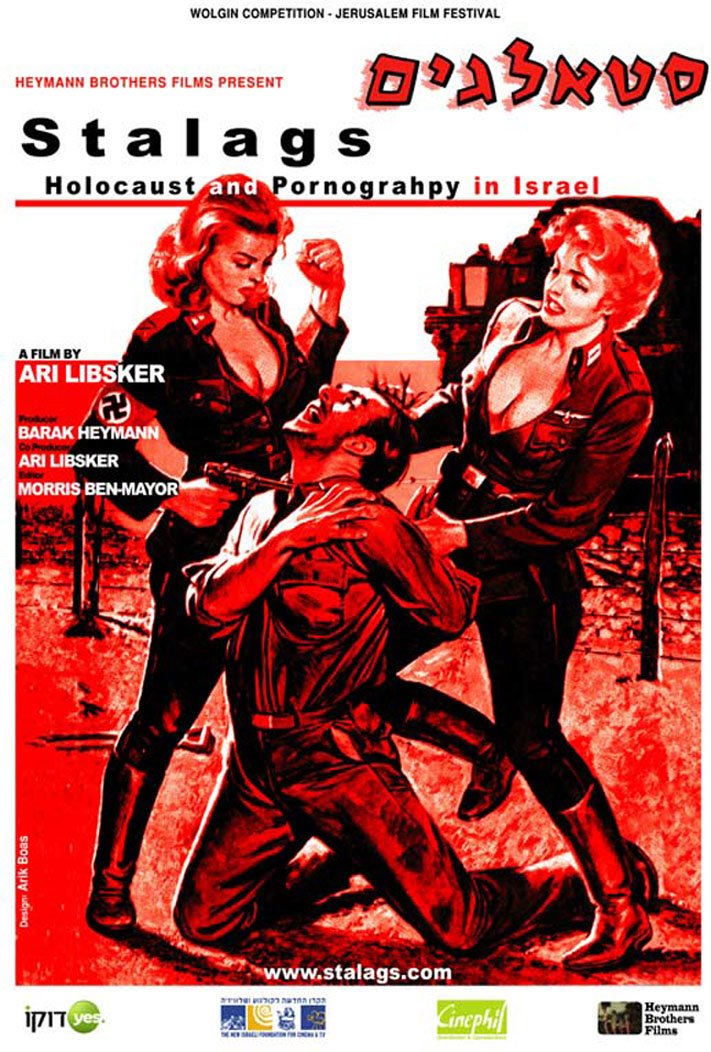 Just read Greg Johnson's fawning review of a no-budget documentary called A Conversation About Race. Judging from the clips, it might be worth a look. The director, Craig Bodeker, seems to have made something interesting of a very simple concept. With all this highminded talk of a "national dialogue" over an uber-sensitive subject, why not take it to the streets? Why not ask commonfolk some honest questions and see where it goes, just as the New Boss would have it? I like the idea. I like the subversive intent. I don't mind that the result might be selectively filtered, or manipulative. I absolutely assume and expect as much. That's in the nature of this beast. Patricia Aufderheide has written that the documentary genre is "defined by the tension between the claim to truthfulness and the need to select and represent the reality one wants to share." Form follows function, and when form is predefined in the style of careful seduction — something that may be more intrinsic to visual narrative — the tension can be especially potent, and entertaining.

Anyway, as I was debating whether to order the DVD — or whether to hit up Bodeker for an interview in hope that he might send me a freebie — it occurred to me that his experiment is apiece with a broader trend. Nowadays, these editorially framed first-personal films-as-argument are everywhere. In recent wide release, we've seen Religulous and Expelled, both of which owe something to Michael Moore's self-promotional innovations. And when it trickles down to the desktop and the tubes, things soon get intriguingly out of hand. A cottage industry of microbudget 9/11 conspiracy docs has gained enough influence to inspire a counter-movement of  rebuttal videos and palmipsest-styled overdocs. Elsewhere, Michael Blowhard has expended more than a few keystrokes in promotion of Tom Naughton's Fat Head, a comically intoned low-carb polemic that reminds us that dissident dietetics can be as politically incorrect as that Supersize Me guy is, well, incorrect. Stray a bit further off the radar, and you'll discover those YouTube-banned Holocaust denial videos, which we've already discussed. Or you can wade full-on into the parallax view until your pupils itch. Ickeites, Teslans, LaRouchies and Moonhoaxists gone wild, vying for your sleepless click and watch. Take it down neat, cum grano salis.

Of course, I'm sure I'm not the first to notice any of this. I'm sure the emergence of dissident DIY filmcraft has everything to do with the democratization of the means of production, and blady yada ho. Blessed be technology, as far as it goes. Whatever the long and short, it's manna for insomniacs. Perhaps the day comes when dueling documentaries will will redefine discourse, when atomized media-facilitated disputation appears as background static, like ads. I don't know that I won't be entertained.

Just the same, I should be clear that this really isn't my poison. I'm queer for film, but I'm partial to European arthouse shockers and mean-spirited horror flicks, and pretty much anything that makes me laugh. And when it comes to documentaries, I'm more inclined to revisit the Maysles brothers or every frame of Wiseman's work than to linger too long over polemically spirited drive-by curios. I know the smell of ephemera, and I know when to wince. If you want a sense of my sense, know that I consider John Stagliano's Buttman Confidential to be a work of strange genius and I could say the same for Giuseppe Andrews' Jacuzzi Rooms.  Bob Gates' all-but-never-seen short, Communication from Weber, was the first documentary that I considered to be art, and Jacob Young's pioneering bio-docs meant something to me even if fuck Jesco White. I feed on whatever it is Ulrich Seidl is carving. And if you want to wind it all the way back, I'll show you my hard-on for Riefenstahl and Vertov. Or for that matter, In Search Of. After a few drinks, I may go on a tear about the unsung genius of Mary Ellis Bunim and John Langley. I have taste, goddamn it. Time is finite, and I know how to waste it.

But I'm here, for the moment, to coin a clumsy term — "HeteroDocs" — and soon to outline a precious list, which I hope to annotate over time. With that task at hand, some ground rules are in order.

First, we need a working definition. Here's my first pitch:

HeteroDocs are documentary films (or videos) that explore or advance unorthodox ideas or taboos.

That seems sufficiently broad, and sufficiently simple. We want to cover these nascent expressions of post-Moore desktop dissidence along with traditionally narrated TV docs and more widely distributed fare on the festival circuit.  It fits neatly with my bloggy hook, with the stifling Hoover Hog mission to which I am more or less happily wedded. Done and done.

Do we need categories? Why not. Let's start off with a relatively wide net.

Obviously, there will be some overlap. We can sort it out later.

There may be a need to draw finer distinctions. For one thing, it should be made clear that HeteroDocs is not a byword for "politically incorrect" documentaries. Though many efforts thus billed will make the cut, I don't think monomaniacal  Michael Moore haters will have much use for such extrapolitical provocations as The Sound and the Fury or Zoo.

Then there is the matter of shifting consensus, or vindication; back when Frontline produced investigative documentaries on such subjects as satanic ritual abuse, false memory syndrome and facilitated communication, their editorial perspective rattled against reigning sentiment, even if time was on their side. Thus I will include the ones that seemed prickly enough in contemporaneous context.

As for the conspiracy stuff, it's  is a source of abiding frustration. My strong sense is that heterodoxy is intellectually distinct from rank kookery, but I want to be careful not to erect arbitrary boundaries. Perhaps some order of notoriety should override a default instinct toward completism? I am not sure, but I'll follow gut my and park the close calls where they seem to fit. And quality counts.

Finally, there will be the tough cases. Are studies of "outsider" perspectives automatically candidates for inclusion? In the case of Chicken Hawk (a documentary about NAMBLA) the "inside" POV alone favors inclusion. But when we turn to In the Realms of the Unreal, a study of the famed "outsider artist," Henry Darger, I'm much less certain. What about Errol Morris's Mr Death — about Fred Leuchter? Leuchter is certainly a heterodox thinker by reference to consensus, but Morris's editorial slant is complicated, even if there is an argument for esotericism. I make the call. Leuchter goes in, and Darger stays out. Faced with other hard cases, I may opt to consign them to the catchall "sui generis" category, or I may turn to my loyal readership. Again, we can consult the rule book once and if it's written.

While my original intention was to append this post with a working filmography, the project is taking forever to compile, so consider this a prelim. If you want to nominate documentaries for inclusion, or if you want to argue against my taxonomy, comments will be most useful.

Next up: "From Ana's Girl's to Zoo: A HeteroDocs Filmography in Progress."

Do I smell popcorn?

7 thoughts on “HeteroDocs: A Trial Balloon”